>For 3 years, I had been taking my husband’s shirts to a cleaner near my house. But after awhile, I noticed that the shirts kept coming back with buttons missing. Well, actually it was my husband who noticed, but I was the one who got to hear about it. He would be running late, hurrying to get ready to go to work in the morning, start buttoning up his shirt and get to a button that wasn’t there! He’d have to take that shirt off and change into another one, making him even more late than he already was. Needless, to say, he found this rather irritating… and he shared that irritation with me. 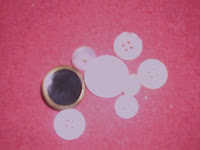 So, I decided to pass that irritation along to the source of the missing buttons. The next time I was at the dry cleaner, I mentioned the problem to the owner. And this was his response: he said “I do thousands of shirts every day. There are always going to be a few missing buttons.” Well, that is not the kind of answer you give to someone who makes a living talking about service excellence and quality!

Needless to say, I changed cleaners to one a little farther away, not quite as convenient as the other. The first time I went there, the owner greeted me and asked my name. He commented that my last name – Yanovitch – was intriguing and he inquired about its nationality. He asked when I needed the shirts, promised they would be ready on time and he thanked me for my business.

When I went to pick up the shirts a couple of days later, the owner greeted me by name. This made quite an impression because the entire time I went to the other cleaner, he never knew my name and had to ask every single time. The new cleaner went on to say, “I noticed there were several missing buttons on the shirts. I always have extra buttons around, so I went ahead and sewed them on.” With this one simple action, this man had won my business! Even though I had to drive a little bit further, I became a loyal customer.

The best moment I have shared with this cleaner came about a year later.

I had a speaking engagement scheduled, but because of a busy week, was not able to get to the cleaners to pick up the suit I wanted to wear until the day before the event. It was 5:59 when I walked in and the cleaner closed at 6 p.m. The owner was in the back, so a part-time worker I had not met before, got my suit and several other hangers of clothes and hung them on the rack while I paid. In my hurry to get out the door, I picked up all the clothes, but forgot to take the suit that I wanted to wear the next day.

As I was driving home, there was an accident on the road and I wound up going out of my way and taking a circuitous route in and out of several parking lots. It was not until I reached a major intersection some distance from the cleaners that I realized I had forgotten the suit. Knowing the cleaners was probably closed, I still decided to head back even though I had little hope. As I was waiting at the next red light, I glanced over to the car next to me and saw a young man in the car frantically waving at me. After a moment I realized it was the part-time worker from the cleaners and he yelled to me “You forgot your suit! I was hoping to catch you because I thought you said you needed it for tomorrow.”

I followed him back to the cleaners where he opened the door and handed me the suit. This experience only served to further reinforce my loyalty. The worker had gone way out of his way to ensure I was going to be prepared for my meeting. He had read my emotions, anticipated my needs and was proactive in his actions. In other words, he was truly focused on his customer.

How much did all the above actions cost this cleaner?  A few minutes of time and some extra buttons.  How much did it cost the other cleaner to not keep my business and retain me as a customer?  Maybe you should take a few minutes and figure out the life-time value of a customer and share that figure with your employees.  Great service doesn’t cost too much, but the lack of great service does!

0
A successful business owner once told me that as soon as he gets a call from a customer ...
END_OF_DOCUMENT_TOKEN_TO_BE_REPLACED

0
Last week, I was invited to play pickleball in a private gated neighborhood community. As I drove up ...
END_OF_DOCUMENT_TOKEN_TO_BE_REPLACED

0
1. Share your vision of what exceptional service looks like for your department. 2. Show enthusiasm and energize ...
END_OF_DOCUMENT_TOKEN_TO_BE_REPLACED