>Monkeying Around with Culture 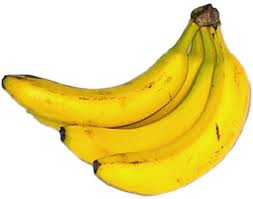 An experiment conducted in the early 1960’s involved placing a pole with a bunch of bananas every day in the center of a monkey’s habitat.  The monkeys would climb the pole to get the bananas, because that is what monkeys do.  One day, as a monkey climbed the pole, the researcher sprayed it with water and got all the other monkeys wet too.  Every time thereafter, when a monkey tried to climb the pole, the researcher sprayed it.  Soon, the monkeys learned to stop climbing.
The researcher removed one of the monkeys from the habitat after a period of time and replaced it with a new monkey to see what would happen.  When the new monkey saw the bananas at the top of the pole, it started to climb up to retrieve them.  The other monkeys pulled the new monkey down.  After a while the new monkey learned that it shouldn’t climb the pole.
Over time, the researchers replaced every monkey in the habitat with a new monkey so that none of the original monkeys remained.  Still, none of the monkeys climbed the pole.
This experiment reminds me of the Gallup survey and other HR research surveys that show out of 100 employees in an organization, 25 will be actively engaged in the vision and mission, 59 will not be engaged, and 15 will be actively disengaged.  Think of the new employee who comes excitedly into this culture and wants to do a great job and deliver an excellent customer experience.  They may be an exceptional recruit, but if they are taught not to climb the pole, not to truly care about the customer, not to know how to deliver on the service standards and service philosophy – nothing else really matters.  The culture will trump and take over.
A poor culture can kill the customer experience.  On the flip side, a great culture can positively enhance and impact the customer experience.
www.retainloyalcustomers.com
Tagged: culture of customer service, customer experience, customer relationship management, customer satisfaction, customer service tips

0
A successful business owner once told me that as soon as he gets a call from a customer ...
END_OF_DOCUMENT_TOKEN_TO_BE_REPLACED

0
Last week, I was invited to play pickleball in a private gated neighborhood community. As I drove up ...
END_OF_DOCUMENT_TOKEN_TO_BE_REPLACED

0
1. Share your vision of what exceptional service looks like for your department. 2. Show enthusiasm and energize ...
END_OF_DOCUMENT_TOKEN_TO_BE_REPLACED